The Christmas season is the most wonderful time of the year. So goes the song.

The ideal place to start with classical music is with short listening pieces.

Here is the best short classical Christmas music for kids. Most of them are pieces from longer works, which are all worthy of listening to in their entirety when you and your child are ready for longer listening times. For now, get started with these short pieces.

The ballet was not well-liked by audiences initially, but ever since the 1950s when George Balanchine choreographed the music for the New York Ballet, The Nutcracker is the top pick for holiday music and theater. And scores of theater-goers don’t seem to mind the plot but, in fact, find it magical.

The Nutcracker ballet is based on a story by E.T.A. Hoffman called “The Nutcracker and the Mouse King.” The story is of Clara (sometimes also called Marie), who receives a nutcracker shaped like a man from her godfather Drosselmeyer at a party in their home on Christmas Eve. Her brother, Fritz, breaks the nutcracker.

Later that night, Clara returns to the main room to check on her nutcracker just as the clock strikes midnight. The room fills with mice as the tree grows to an enormous size and the nutcracker also increases to the size of a man. The nutcracker and tin soldiers fight off the mice, and then the nutcracker transforms into a prince.

The prince takes Clara on a journey to the Land of Sweets, where they meet the Sugar Plum Fairy, Mother Ginger and her children and witness the dances of a variety of national visitors, like the Arabian Dance and the Russian Dance. The Sugar Plum Fairy and her Cavalier also dance and then send Clara back home.

You can watch the Dance of the Sugar Plum Fairy here. Notice the quiet tinkling piano sound – a unique instrument called the celeste.

If you want to study more, pick up Investigating The Nutcracker.

Messiah is an oratorio – a work which tells a story through the music and words but without sets or costumes (like an opera) – for chorus, orchestra and vocal soloists. It consists of solos and choral pieces all based on Scriptures from the Bible about Jesus the Messiah. Messiah is like a combination of German Passion play, English church anthem, and Italian opera.

George Frideric Handel composed Messiah in only 24 days in 1741! The first performance was in Dublin, Ireland on April 13, 1742 as a charity performance and later, it was performed at Covent Garden in London. Though it was originally written for Easter, it began to be performed every year at Christmas time during the Victorian era in Britain, and the tradition continues.

Messiah is comprised of three parts. Part 1 tells of the prophecies of Christ’s coming, his birth and ministry. Part 2 is the account of Jesus’ crucifixion, resurrection, ascension and the victory of the gospel, and Part 3 is a picture of eternal life and the final triumph over sin.

One of the most memorable and well-known choruses from Messiah is Hallelujah Chorus. There is a story that King George II stood up as he listened because he was enjoying himself so much. Because the king stood up, everyone else had to stand up too. Now every time this song is played, everyone stands up to listen out of respect to King George whether he is there or not!

For Unto Us a Child is Born is a popular section of the Christmas section of Messiah.

Each of the choruses or solos in Messiah is a short listening piece, but here are a few more of the most familiar ones.
Hallelujah Chorus
Overture
Comfort Ye, My People and Every Valley
The Glory of the Lord

SHOW ME THE COMPOSER DETECTIVE COURSE!

Do you want your children to have a music education but you’re not sure where to start?

Now you CAN help your child learn about classical music and great composers without hours of planning, even if your only experience with music is playing the radio!

INTRODUCING The Composer Detective: Helping homeschool moms and kids investigate the lives and music of some of the world’s great orchestral composers!

Angels’ Carol by John Rutter, who has composed many other carols for Christmas, is a light rendition of the announcement of Jesus’ birth by the angels to the shepherds.

This can be found on The John Rutter Christmas Album along with many of John Rutter’s other carols.

A Christmas Greeting by Edward Elgar

This was written in 1907 for Dr. G. R. Sinclair and the choir of Hereford Cathedral. Caroline Alice Elgar, the composer’s wife, wrote the poem, which is a tribute to friendship. Here is the first verse:

Bowered on sloping hill sides rise
In sunny glow,the purpling vine;
Beneath the greyer English skies,
In fair array, the redgold apples shine.
To those in sun,
To those in snow,
Love is but one;
Hearts beat and glow,
By oak or palm,
Friends, in storm or calm.

This waltz is from a work called The Seasons, which contains 12 shorter pieces – one for each month of the year. It is in 3/4 time and is similar to the waltzes found in The Nutcracker ballet. Tchaikovsky wrote the piece for piano, but there is a lovely orchestral version too.

When listening with young children, you may want to sway or rock to the music.

This is a beautiful chorus from the greater work L’Enfance du Christ, which is an oratorio composed in 1853 and 1854. Berlioz wrote both the words and the music. It tells the story of the holy family’s flight into Egypt. One of the most familiar parts of it is The Shepherd’s Farewell.

While not as familiar as Handel’s Messiah, probably because it is in German, Bach’s Christmas Oratorio is another important classical work which magnifies the true Christmas story of Jesus’ birth. It is one of a set of three related oratorios written in 1734 and 1735 for the celebration of major Christian holiday– the other two are Easter Oratorio and Ascension Oratorio.

Listen to this chorus from Christmas Oratorio.

Oratorio de Noël is a cantata for choir, soloists, organ, strings and harp. Saint-Saëns wrote it in only 10 days in 1858. The text is in Latin and is from the Bible. There are 10 movements.

Here is the last movement Tollite hostias (Bring forth your offerings).

A Ceremony of Carols by Benjamin Britten

This work is a cantata for choir, solo voices and harp. It contains 11 shorter pieces and uses Middle English and some Latin word for its text.

Listen to this This Little Babe, a short canon-like hymn, performed by a children’s choir.

There are, of course, many more wonderful works of classical Christmas music for kids. This will get you started, and if you want a YouTube playlist of these and other music, be sure to get the free download Classical Christmas Music Playlist for Kids.

Grab your free copy of the Classical Christmas Music Playlist for Kids and enjoy the sounds of the season today!

Give me the free playlist! 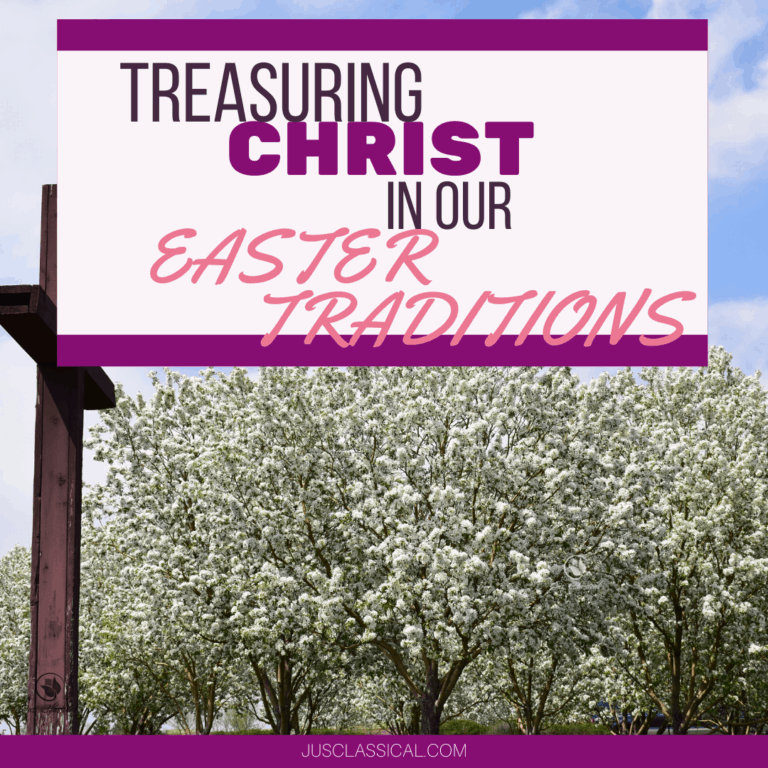 Easter is the most important Christian holiday. If Jesus had not died on the cross and risen from the dead, we would have no hope in this world. As Christians, our faith would be meaningless, and we would be the fools to be pitied. (1 Corinthians 15:14-20) via GIPHY It is thus important to think through our Easter traditions. The Bible does not command that we celebrate Easter, but as intentional parents who want to turn every opportunity into a time to teach about Jesus, this holiday is a no-brainer. It is the core of the gospel and the Christian… 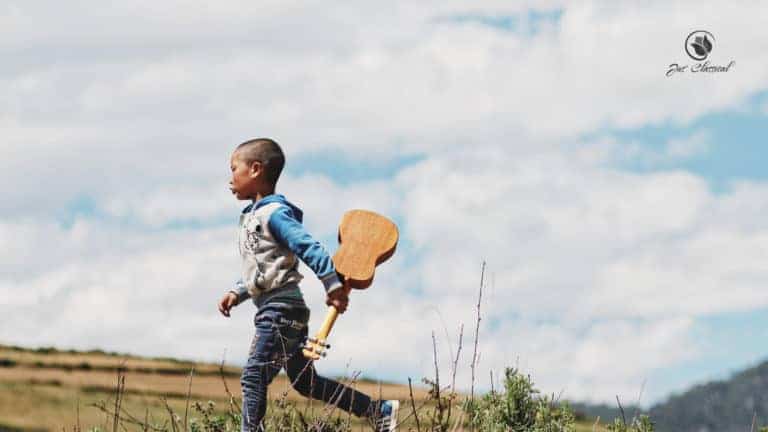 Benefits of Early Childhood Music Education: 11 Reasons Kids Need Music More Than Ever! Parents have lots of options when it comes to activities for their children. How’s a parent to choose between Baby Yoga and Toddler Soccer and Mommy & Me Cooking Classes and Musikgarten early childhood music education classes? Here are 11 important ways children benefit from music education. Here is sound reasoning to help you make the smart decision to enroll in music classes! It’s highly logical: music improves reasoning skills! Children who take music lessons are shown to have unique brain functions compared to children who do not receive music lessons. In general, children… 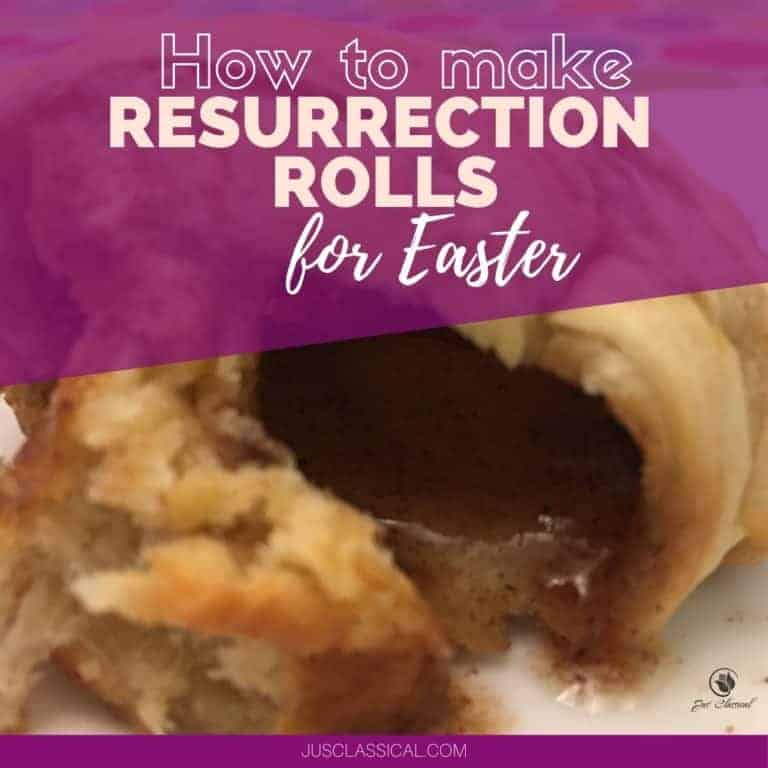 Are you seeking Christ-centered activities for Easter to do with your children? Learn how to make Resurrection rolls for Easter. Resurrection Rolls are a fun object lesson combined with a yummy treat. This simple recipe uses Crescent rolls and a disappearing marshmallow for a roll that oozes with all the deliciousness of a cinnamon roll! As parents who want to be intentional in teaching Christ at every holiday, we love these Resurrection Rolls! Ingredients:  8 marshmallows 1 package of 8 crescent rolls 2 Tbsp. butter 1 Tbsp. cinnamon 2 Tbsp. sugar  Additional Materials:  one Large Muffin Tin OR two small ones (You’ll need room… 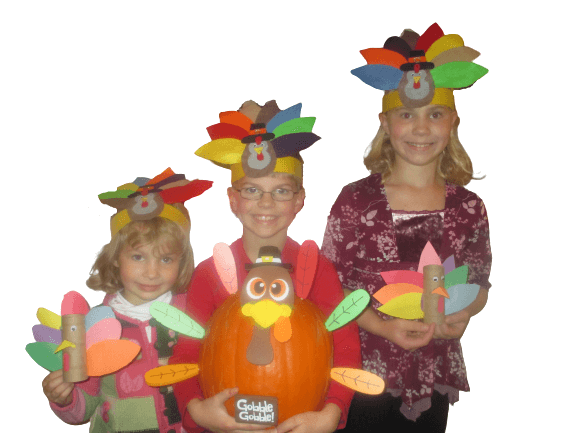 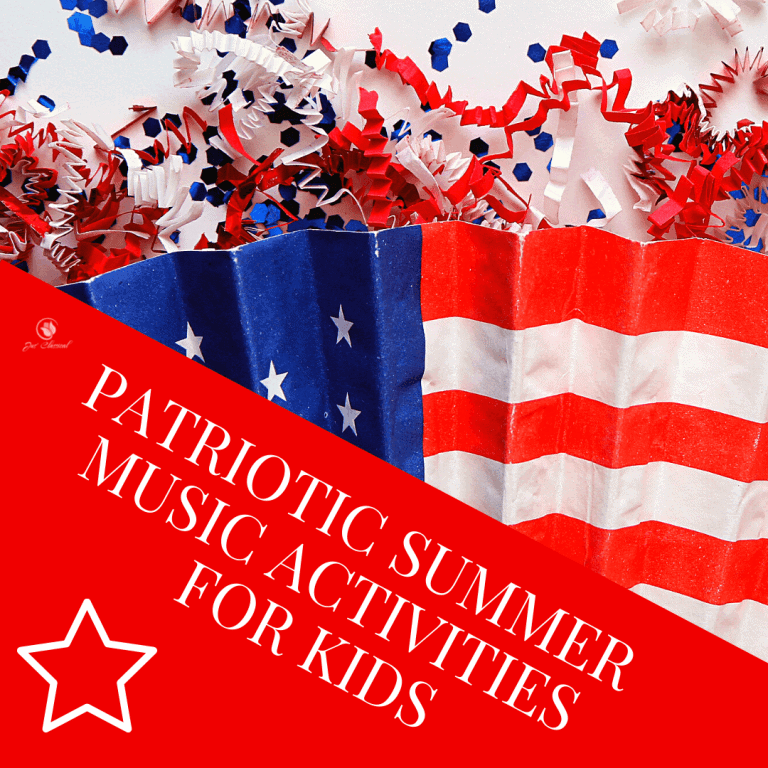 Patriotic Summer Music Activities for Kids Since we have several patriotic holidays over the summer, you can bring a little structure and fun to your days by doing patriotic summer music activities with your kids. Sing patriotic songs, learn a little history, add in crafts, and you will have a fun America-themed unit study for even just 15 minutes a day. Where to start: A great place to start is to learn some of the American songs of the past and their history, like The Star-Spangled Banner, America the Beautiful, God Bless America, My Country ‘Tis of Thee, and Yankee… 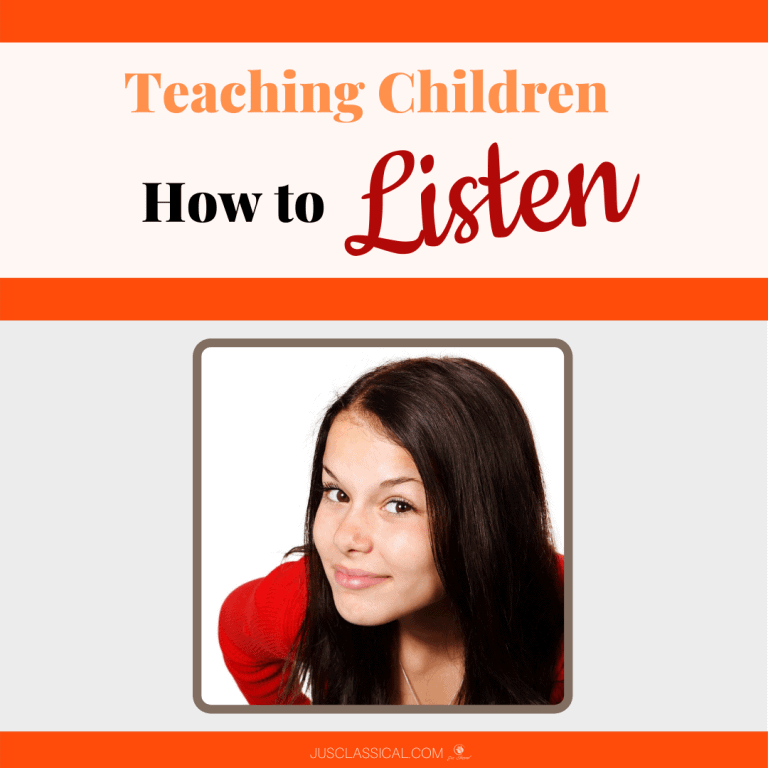 Listening is essential! In our highly visual world where both adults and children spend hours focusing our eyes on televisions, computers, video games, and electronic devices, we distinctly overlook how important it is to listen.  Listening is the cornerstone of development. A baby first orders its world through sound, since one is unable to see in the womb and since a baby’s sight is unfocused at birth.  Yet a baby is able to hear and distinguish his or her mother’s voice in the womb.  Next, in order to communicate and develop language skills, a child must learn to listen.  And… 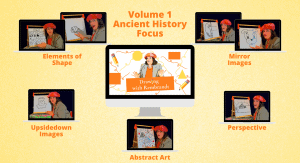 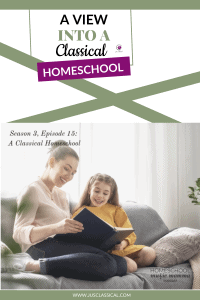 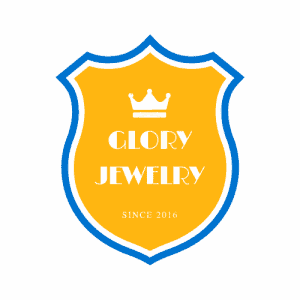 “For whatever is born of God overcomes the world; & this is the victory that has overcome the world—our faith.” I Jn 5:4